In the beginning, when the earth was made, pure energy flowed from the Gap. This energy was called Seidr (pronounced “say-th” or “seeth”). The Seidr is a life source that flowed like a river into all things that took form: water air, earth. As all living things took shape, the Seidr fused itself into plants and animals until each living thing formed around the Seidr making the Seidr its core.

At first the Seidr was so natural that no one knew of its presence. They didn’t know to question it. Stripped from a living being, that being would die as the Seidr was the core to all life. The very energy that produced life.

As the world took form…

During that time that the worlds began and the Seidr first fused itself to all things, there were two clans: the Aesir and the Vanir who lived for a time in peace. They resided in the gardens that grew in the deserts. One day, the Aesir found the Seidr and knew the potential of its power. They horded it and kept it for themselves as they studied it and learned of its use. Hungry with greed, the Aesir secreted the Seidr from the Vanir for fear that the Vanir would grow in power and attempt to keep the Seidr for themselves. And so it was in secret that the Aesir developed a race known as the Drui who could hone and master the Seidr.

There was one, an Aesir, who learned of the Aesir’s plan to enslave the Vanir with with the Seidr and she told the Vanir of the Seidr and taught it to the Vanir. The Aesir learned of this betrayal and the first war of time broke out. The Vanir were triumphant and the Aesir were driven underground. Rumors formed that the Aesir had died and the Seidr was soon forgotten by man.

Eyjafjallajokull and the Northern Lights… It is so easy to understand why the Norse believed in the gods they did.

There are three elemental parts to the Seidr. The Air Seidr, Water Seidr, and Earth Seidr. But there is also the Seidr within a living being’s core giving life to that being. A Seidr Wielder, or Seidkona, can located the lines of Seidr in others and withdraw them from a being. The extraction of life will literally suck the life from them. In turn, A Seidkona can also expand and condense their own Seidr. They can accumulate the Seidr, expand it, and control it. 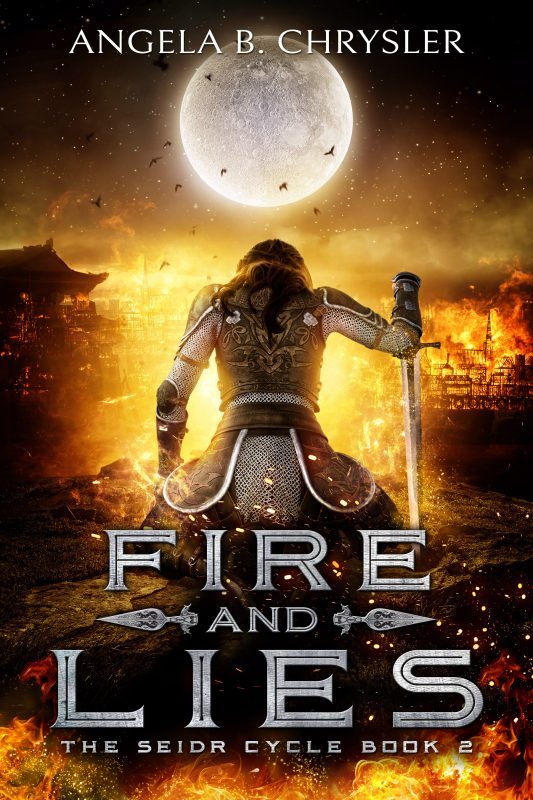