The Crown of Stones: Magic-Borne 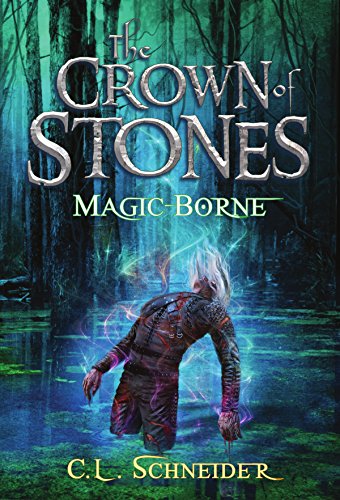 No other Shinree has borne as much of magic's weight, its pleasure, or its guilt.The fate of Ian Troy is revealed in the final installment of C. L. Schneider's epic fantasy trilogy, The Crown of Stones. In one fell swoop, the resistance was shattered. Lives were taken. Hope was lost. Peace slipped l...

No other Shinree has borne as much of magic’s weight, its pleasure, or its guilt.

The fate of Ian Troy is revealed in the final installment of C. L. Schneider’s epic fantasy trilogy, The Crown of Stones.

In one fell swoop, the resistance was shattered. Lives were taken. Hope was lost. Peace slipped like grains of sand through his fingers. So did the Crown of Stones. Now, forced into hiding, Ian Troy grapples for a way to save the realm—and free its people—from the sadistic clutches of Jem Reth; Mirra’kelan’s new self-appointed emperor. Plagued with the knowledge of a tragic future, he strives to influence events and save those he cares for. But his magic has betrayed him, and Fate has other plans.

Marked by the crown, hindered by the transformation spell contained within, each cast brings Ian one step closer to becoming more beast than man. Each move brings the death and destruction foretold in his vision inexplicably nearer. With Langor on the brink of war, and King Malaq’s plan for peace hanging in the balance, Ian returns to the ancient past; seeking an end to the eldring spell and a means to thwart Jem’s growing domination. What he finds there sets off a chain of revelations that leads Ian places he never thought to go.

Entrusted with the future of his race, Ian becomes the linchpin for lasting change. But how much weight can one man carry? And how much is he willing to sacrifice in the name of peace?