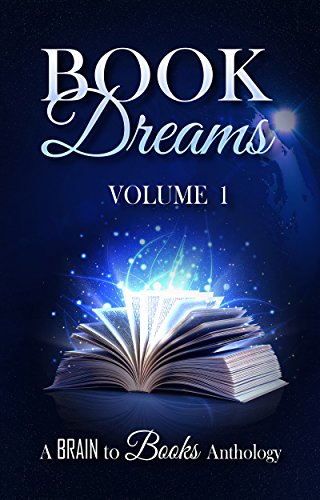 Preview
Other Library in "Book Dreams"

Book Dreams Volume #2 (Brain to Books Anthology)
About the Book

Brain to Books presents its first anthology, “Book Dreams (Volume #1). Here we present a collection of short stories and poems featured in the 2017 Brain to Books Cyber Convention and Book Expo.

From the Inside
Eric finds himself trapped inside an ever changing box with only his mentor Victor to help him get out. The thing is, Victor’s been keeping a secret that just may be the answer to their salvation.

Retribution Served
Retribution, when served, can take quite an unexpected turn.

Anamnesis
When the past comes back to haunt you, sometimes the least of your problems are the ghosts.A woman’s mundane life is suddenly turned upside down when a mysterious stranger gives her back the memories he’d hidden from her fifteen years ago.

She remembers more than their dangerous past together–she remembers his magic and how he used it against her. That magic would be a dangerous weapon in the hands of a mother who would do anything to protect her son…even if faced with the father who’s come back to claim him.