I’ve had many a people come to me asking what exactly BPD is (Borderline Personality Disorder). There is a lot of reading material out there. But very little really gets to the heart of what BPD is.

BPD is a distortion of self worth. It is that simple. But what does that mean?

Borderline personality disorder is a mental health disorder that impacts the way you think and feel about yourself and others, causing problems functioning in everyday life. It includes a pattern of unstable intense relationships, distorted self-image, extreme emotions and impulsiveness. – http://www.mayoclinic.org/diseases-conditions/borderline-personality-disorder/basics/definition/con-20023204

In short, BPD is the feeling that *we are worthless. I don’t mean the traditional, “I don’t deserve you.” I mean, “the-dirt-I-walk-on-means-more-than-I-do.” Complete and total lack of value or sense of self worth. Zilch. Nada. None. Self-preservation, simply put, does not exist. The suicide rate is 80%. The risk taking is extreme. Drugs, sex, spending, crime, gambling… At least two risk-taking behaviors are present. (Mine is sex and professional risk—Making a career move without thinking and making spontaneous professional decisions).

But this isn’t the real problem with BPD. There are many catalysts that result in BPD. Environment—trauma—is one of these catalysts. The most common trauma that leads to BPD is pure and total loneliness. This level of loneliness adds a severe hunger—a drive in those of us who crave emotional and physical contact. Starved for companionship, we run into any and all relationships. Anyone will do. You need but to want me and I am yours. The only requirement really, is that someone, anyone will have us. But here is where the BPD kicks in. We are plagued with guilt for accepting love. We are too worthless to ever accept love—my death would bring a positive impact on the world. So we throw our loved ones away. We sabotage, cheat, run, abandon, and/or fight the people we love the most all because we are riddled with guilt and are still plagued with loneliness. “Dump me? I don’t blame you. It’s the least I deserve after all that I’ve done.”

We enter self-fulfilling prophecies. We indulge on the impassivity and the risk. It’s almost an addiction. But the moment, we’ve lost you, the guilt is eased and the true emotion—the love and loneliness—can be felt again. Starved for love, affection, and acceptance, we run back to those we love only to be riddled with guilt once more.

Borderline personality disorder affects how you feel about yourself, how you relate to others and how you behave.

Signs and symptoms may include: This is the true hell of BPD. Severe isolation and loneliness… or copious amounts of guilt. Either way, we don’t deserve love, happiness, or life, and death promises the only escape.

BPD is usually paired up with additional mental disorders. PTSD and Bipolar are common partners to BPD. In my case, I have both. It doesn’t end there. There are multiple types of Bipolar and Bipolar is linked to additional secondary disorders. I have hypersexuality and Mania. My Mania is followed by severe depression. Dangerously low depression. For 30 days at a time, I am suspended in Mania until I am ragged and worn. The fall plunges me into suicidal lows for three days, and when I emerge, I jump right back to Mania and repeat the process. I have been doing this since I was twelve years old. I do this so I can feel something—anything—other than fear. I’ve killed all other emotions.

What does Mania look like? Well… in my last “episode” I painted the Common Room, painted the kitchen, baked cookies, marketed my books, shopped, mothered, and cleaned the house… all in one week. In March, I wrote Broken in two weeks. 100,000 words… in two weeks. That is Mania (An average and healthy writing accomplishment is 1,000 to 2,000 words a day/5 days a week. Many writers manage to squeeze out 500 words a day).

My hypersexuality deserves an article of its own. In short, it is a heightened attractiveness/flirtatious level that draws the opposite sex to a black widow. Read more here.

The PTSD is another nightmare in itself. PTSD results by anyone who has survived trauma where they lost complete control over their body, fate, and/or mind and are mentally trapped in that moment. The longer PTSD goes untreated, the worse it gets. Every day occurrences act as triggers and launch the individual back into that moment. I have more than 44 triggers, which have rendered me incapable of functioning outside my bedroom. That number has significantly decreased since my therapy began.

Most hermits have BPD. Supermodels, actresses, strippers, prostitutes all are most likely to have BPD. These are professions that appeal most to those diagnosed with BPD because these professions provide us with instant approval and acceptance from copious amounts of people. In almost all cases, we are beautiful women who have been abused somehow. In most cases, we have paternal issues. In most cases, we crave approval and become overachievers, seeking out approval from anyone anywhere we can get it. Above all, we don’t allow ourselves to make mistakes. We can’t afford them. And rejection is our bane. Rejection—failure—is simply not an option.

The cure? A change in perspective that requires extensive therapy to gain a feeling of self-worth. Let’s summarize. In my case, BPD is

There are more, but you get the idea. My husband went to therapy just to learn how to live with me.

So your spouse was diagnosed with BPD. And you’ve decided to stay with them, to help them get through this. Now what? Read more here on Surviving BPD.

*We and us refers to those diagnosed with BPD.

** Regarding my views on Robin Williams: And I’m writing this for his wife and family, no other reason. I adore Robin Williams and was one of millions who grieved his death. My Captain, my captain. I understand the struggle he battled too well and my deepest empathy goes out to Robin and his wife. I know to well the hell you both suffered through. I understand those lost to suicide. I do not judge his decision. I relate to it. 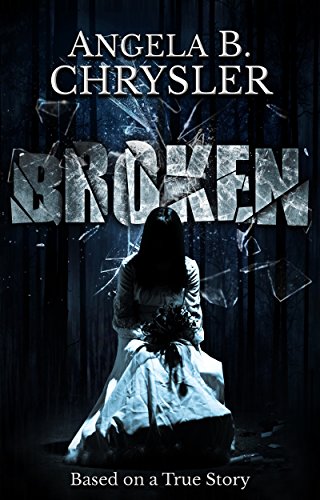